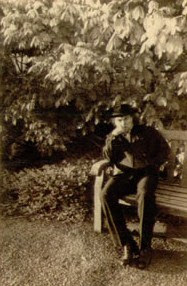 There are a number of what I call “Parameters of Maturity” – things that happen to one, or which one does, that suggests one has finally grown up.  Amongst these, in my opinion, are a taste for whisky, an ability to say no to the sweet-trolley in restaurants and to go for the cheese-board instead, and the decision to regard one’s job as a career rather than just a source of funds to finance your real life.

Personally, I sort of reached the last named just after I turned 30; I have only twice in my life succeeded in taking the cheesy option when dining out, but have so far failed with the whisky thing.  So perhaps I have some way to go before I finally grow up.

Another Parameter, I have come to recognise, is the acknowledgement than Van Morrison is probably the most important musical performer to have come out of these islands in the second-half of the 20th Century.  This came rather late to me, but once I saw the light (so to speak), I embraced him with the fervor of any religious convert.

I had dipped into the VM canon occasionally during the 1970s and 1980s but had found little to appeal to the Progger, then Indie-Boy in me.  But a mild curiosity to find out what all the fuss was about resulted in me buying his Best of… set, released in 1990.  Suddenly all these songs spoke to me, as they had never done before: Gloria I finally appreciated was the first punk-rock recording ever.  With Moondance I received an insight into what jazz had to offer, whilst Wild Night was true blue-eyed soul (these 1980s chaps, I realised, had just been playing at it).  I could go on.

To be fair this had been a very shrewdly put together compilation.  Anything by VM (or Them) which had snuck anywhere near the UK or US singles chart was included, plus any of his songs covered by anyone else which had.  To this was added an astutely chosen selection of album tracks, with the collection topped off with a really rather fine rarity: Wonderful Remark.


The release eventually ended up being certified Multi-platinum (whatever that means) and almost single handedly brought Van Morrison back into the mainstream.  It certainly set me out on a magical musical journey through a back catalogue of almost infinite variety.  It appeared that every musical genre bar heavy rock was fair game to the Irishman

The opening song on the album, Bright Side of the Road with its lyric

particularly struck a chord with me, as Wife and I were around this point making tentative moves towards getting back together following a separation of a couple of years.  So it was doubly apt that this concert at the Glasgow SECC in 1991 was the first gig we attended together post reunion.

Morrison walked on stage to the opening bars of Ain't Nothing You Can Do, and I thought “Great – one my favorites from the fabled It's Too Late To Stop Now live album”.  But then came the reality check, as it became apparent The Van Morrison voice of the 1970s was a different item from The Van Morrison voice of the 1990s.  Much of the power was still there, but within a few lines it became clear the intervening years had curtailed the range somewhat.  Not fatally so, but enough to reduce the chorus to a growl rather than the anguished howl of the original.

Perhaps it was foolish of me to think it would be otherwise.  But once I accepted this would be the case, it was easier to settle down for the ride.

Morrison was promoting his Hymns to the Silence album at this point, and a clutch of the songs were played late on in the set, but prior to this we were treated to a panoply of typical Morrison eclecticism as we visited soul, rock, folk, blues, Celtic music and many points between.

Early on in proceedings I began to get irked by the antics of two girls sitting directly in front of us.  Clearly big fans. as each new song started they would turn to each other and do that dreadful “high-five” thing the Yanks seem to have infected us Brits with.  Between songs they chattered inanely about what may come up next, which also annoyed me inordinately.

Into The Mystic must have been a firm favorite of the two for as soon as the vocal started they swiftly turned towards each other to perform their silly ritual.  But this time in their excitement they leant in too close to each other, and smacked heads sending their glasses flying.  And I briefly wondered if Van was correct, and that there was in fact a God.

Much of the set was unfamiliar to me, as at this point my VM collection had only begun to sprout.  Did Ye Get Healed?, Sweet Thing, Into The Mystic and Moondance were amongst the few I did know, plus an atmospheric rendition of the Irish folk standard My Lagan Love - almost unrecognisable from the fuel injected instrumental arrangement I knew from Horslips' Book of Invasions album.

In the Garden featured some fine oboe work from Kate St John, who I had last seen as a Ravishing Beauty supporting The Teardrop Expoles a decade before.  Another encore was Cleaning Windows, which VM had chosen to jazz-up and up-tempo to its decided detriment I felt.  And the evening closed with a whispered moaning rendition of a song I later discovered to be Haunts of Ancient Peace from the Common One album.

Whilst much of the concert had been hugely entertaining, I came away from things vaguely unsatisfied.  Hoping for some re-rendition of ITLTSN was of course daft, but even so I had thought the performances of some of the older songs would have been better.  Ballerina and Sweet Thing were particular let-downs

And this nebulous disappointment would become an ever present backdrop to every Van Morrison gig I attended during the 1990s.  All magical events which no-one else could have matched, and yet events which could have been a wee bit better with a bit more interaction from the Man, and perhaps a more judicious choice of set list.

Accusations, I noted recently, still being made against him in 2012.