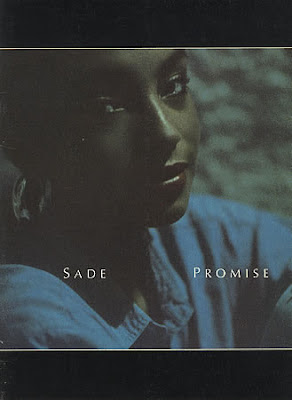 I cannot, rather embarrassingly, actually remember for sure when it was I saw Sade (or Sadie as she was invariably referred to up here) in concert.  I can, however, narrow it down to 1984 or 1985 i.e. the Diamond Life or Promise tours.

Up until a few months ago, I should have sworn it was the former, and that Wife & I had gone along to see Sade before the singer’s Live Aid appearance had raised her profile considerably.  But digging around in the net, I came across a set-list from the 1984 Edinburgh gig which did not quite equate with the humiliatingly few scraps of memory I have retained.  So have plumped for listing this as a gig during 1985’s Promise Tour.

I do recall the lady being confident enough to begin the set with two of her best known songs: Why Can’t We Live Together followed immediately by Smooth Operator, which I recall thinking at the time was really rather brave.  Sade then introduced the next song as being autobiographical, concerning her relationship as a mixed race child, with her grandmother.  I have often wondered since if she would get away with the title Tar Baby in these rather more PC times.  Although I never believed the word tar in the title referred to skin colour but rather, in some way, to the Brer Rabbit tale.

Towards the end of the set we enjoyed an emotive rendition of Sally, one of my favourite songs from that first album; even though I could never (indeed, still cannot) work out if the lady of the title was a particularly hard-working social worker, or the proverbial Hooker with the Heart of Gold.  I guess the lyrics were deliberately ambiguous.

And that is sort of all I recall from the gig.  It was, as you may have guessed, at Wife’s behest that I attended, but it was an enjoyable evening nevertheless.

Setlist – from Birmingham concert on the same tour