I suppose whatever one’s view is of the man’s music; it is difficult not to concede at least a modicum of grudging respect for Charlie Simpson’s success at re-branding himself from teenage pretty-boy puppet to rock-band front man.  Julian Cope is the only other individual who springs to my mind as having achieved anything remotely similar.  Although, it could be argued The Arch-Drude did not have to claw his way up from quite so low down the totem-pole, so to speak.

Busted completely passed me by – not surprising given my vintage, and I only became cognisant of the existence of Fightstar by the presence of the particularly insistent and insidious racket which had begun emanating from Daughter’s bedroom.  For in Fightstar, Simpson appears to have achieved the neat trick of melding together influences from the likes of Pearl Jam, Nirvana, Alice in Chains (as well as, no doubt, numerous more contemporary acts I don’t know about) to produce something  if not quite unique, then certainly a fair few light years distant from Busted.

This gig was part of the band’s Behind The Devil's Back tour, and I am sure Daughter invited me along less because she felt I may be converted, than the fact I am in possession of an internal combustion engine vehicle.

And how was it?  Surprisingly entertaining, I have to say.  Although, rather in the same manner I suppose my Dad would have struggled with the subtle differences between Paranoid and Black Night back in the 1970s, I did feel many of the songs…. ahem, “sounded the same”.  A number had what appeared to be a decent, if rather conventional, rock song trying to get out, but which was trampled underfoot as the band suddenly interjected Napalm Death riffing into proceedings with Simpson screaming unintelligibly into the mike.

99 I really enjoyed and Animal, for all its derivativeness was a bit of light hearted entertainment.  And I suppose after all that screaming one had to be impressed the singer still retained some semblance of a voice at all for the couple of quieter numbers performed during the encore. 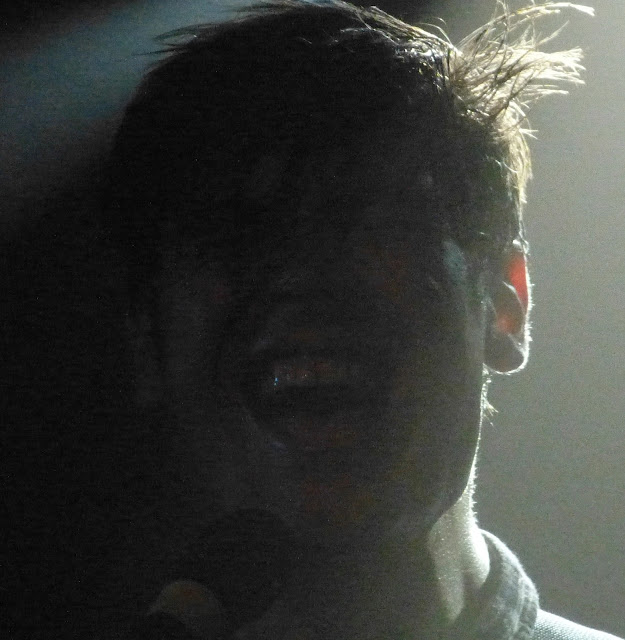 Simpson did strike me as a bit of a complex individual, for he has chosen to never quite shed his previous guise.  Standing well over six feet, sporting a floppy fringe and checked shirt he resembled at times Lloyd Cole or Edwin Collins in their pomp.  He has also singularly failed to lose his public schoolboy accent, and his frequent assertions of how “fucking awesome” we all were and how “fucking great Edinburgh is”, all came across as a touch contrived.  The posh head-boy still trying out the swearies for effect.

But Daughter enjoyed the show immensely, which was the main thing, and she was gracious enough not to look too grossed out at being compelled to stand beside an overweight, balding, middle-aged goat throughout the gig.


Mosh-pits, I have always found fascinating.  Although, as with any form of dancing, it is important to remember the only real fun one can glean from the process is in witnessing others make an arse of themselves in the performance.

Fightstar fans appear to have developed their own form termed, so I learned yesterday from Daughter, The Wall of Death.  Herein, under Simpson’s instructions a large space is cleared in the middle of the dance floor before, at some predetermined point (generally when the grunge quotient is jacked up) folks charge into the space, crashing headlong into one another.  From what I saw, unless you bounce off backwards and crack your skull on the floor, the experience in not deemed quite complete.

Great fun…..but only as a spectator sport.