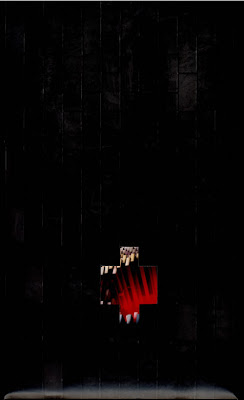 I arrived rather late at The Wall, so to speak.  Pink Floyd had been one of my bands during the Seventies, with Atom Heart Mother a particular favourite.  I had been slightly disappointed with 1977’s Animals, which I felt was a prime example of the self-indulgent Dinosaur activity the punks were deriding at the time.  By the time of The Wall, released two years later, I had pretty much fallen out of love with the Brontosaurs of my teenage years, and had given my heart over to more contemporary sounds.

Additionally the release, a double-album, was a far reach from what could be termed accessible; the Big Hit Single notwithstanding.  Much of it, upon the first few listens at least, appeared little more than Waters’ self-pitying wailing.  I remember my future Sister-in-Law asking me to make up a cassette compilation of the best bits - and me struggling to get beyond 3 or 4 songs.

I only really began to understand what the whole business was about, when I finally saw the film version around 1991 or so.  I am not going to dribble on about how the film “changed my life”, as I have read and heard from so many others, but I would acknowledge the experience did perhaps allow a brief glimmer of self-awareness into my life, which at this point was not really going along at its smoothest.


I saw Waters play a chunk from the album in Manchester in 2002, and promised myself should he bring the thing to Scotland I would most decidedly go along.  Well Mr Water’s did start hauling The Wall around the world in 2010, but once again Manchester was as far north as he ventured on these shores, so I, like a number of Scots I assume, made the haul south.

Once seated in the MEN Arena, I got briefly chatting to a couple of such who, along with a dozen or so mates, had hired a mini-bus and driven down from Glasgow for the gig.  One of their party was extravagantly drunk, and began ranting over the fact he could not light up in the MEN Arena.  “I can understand no being able to smoke a fag, but you should be allowed dope at a Pink Floyd concert!”

Ultimately I do not think he missed his chemical additive, for within half-an-hour of the show starting (at some point during Goodbye Blue Skies) he nodded off, and spent the rest of the concert dreaming of……..who knows what.

And what did he miss?  Well Rog pretty much played, as expected, the whole of The Wall album note for note.  All the usual suspects were there:  the teacher puppet flailing away at the kids’ chorus, the Stuka crashing at the end of In the Flesh?  Even the inflatable piggy found its way north from Battersea Power station.  And, of course, The Wall itself playing the dual role of a screen for some at times breathtaking visual effects, as well as representing the physical manifestation of the growing alienation felt by the show’s lead character, Pink.

The one major deviation from the recorded version arrived between Another Brick in the Wall part 2 and Mother, where a Waters performed a poignant new piece dedicated to Jean Charles de Menezes, the unhappy Brazilian cold-bloodedly executed by the Metropolitan Police in Stockwell tube Station in 2005.

All in all it was just another memorable gig to add to the list.