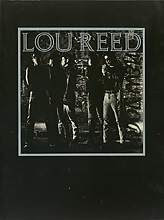 A few years back I was having a discussion with a colleague re the wearisome state of contemporary music.  She was defending the stuff available today whilst I, deliberately provocatively perhaps, suggested that all the good songs had already been written and that anything being produced today was just derivative and inferior.  In fact I went so far as to assert that the last truly original Rock’n’Roll song was probably written around 1990.

She challenged me to name this song and I, slightly facetiously, replied “Lou Reed’s Dirty Blvd”.  My answer was at the time a touch tongue-in-cheek, but the older I get the more I wonder if I was not closer to the truth than I knew.  For I now fervently believe that the forty years between 1949 and 1989 represents truly a Golden Era for popular music.  From the moment the Blues gave birth to their Baby in 1949 – Goree Carter's Rock Awhile, in my opinion – popular music set out on a journey which would lead it to such wondrous places as Elvis Presley, The Beatles, The Rolling Stones, The Velvet Underground, Stevie Wonder, Bob Marley, Led Zeppelin, David Bowie, Pink Floyd, Van Morrison and The Smiths to clutch just a few names out of the ether at random.

This fantastic voyage appeared to, if not quite judder to a halt around 1989, then certainly to cough and sputter and to subsequently turn back on itself to revisit past glories, and to subsequently choose to come to rest at the safe, predictable recycling centre we all now know and loathe.

Who have been the equivalents of these names over the last 20 years?  U2? Coldplay? Red Hot Chilli Peppers? Robbie Williams? Lady Gaga?  Do me a favour – all of these are but pale imitators of what has gone before.  The fact that Oasis, one of the biggest names of the Nineties were once sued for plagiarism by Neil Innes, who was himself taken to court by The Beatles pretty much says it all.

The one musical genre I may accept has developed significantly over the last twenty years is Rap, but even this has its roots deep in the Eighties.  Christ, even Lou Reed was rapping on his Mistrial album.

I am not suggesting Lou Reed’s New York represents any particular peak in Rock’n’Roll history, but it was, in my opinion, The Last Great Album of the Golden Era.  An era which we will never see again.

I remember when I first listened to the release my initial reactions were, in order: Disbelief, Delight closely followed by Anger.

Disbelief, that this was actually a Lou Reed record at all such was the quality, then Delight that the man had finally proved that he could still do it after all these years.  And finally Anger that, if he did have an album like New York in him, why had he released all that shit during the previous decade.

Reed’s Seventies output, although best described as erratic, was never less than compelling.  Pretty much every album appeared to contain a few marvels, along with a few clunkers in equal measure.  Even the much feted Bowie produced Transformer when one looked beyond the Big Four wasn’t really terribly good.  My own favourites, the self-titled debut and the smoothly laid-back Coney Island Baby are generally regarded as low points by those who claim to be in the know.  The nadir of the man’s Seventies output though, was the downright insulting Rock’n’Roll Heart which sounded like Reed decided to see if he could write, rehearse and record a whole album in a day, just for a bet.

I have not considered the Metal Machine Music fiasco here, as despite the fact it has undergone some positive re-evaluation in Pseuds Corner over the years, it was basically just an “Up You” to his record company, and should never be regarded as anything else.

Through the Eighties, however, Reed’s quality control plummeted.  He developed this annoying vocal bleat which he tried to pass off as singing, and whilst music critics appeared desperate for The Blue Mask to be some sort of return to form, it was not.  It was rubbish.  New Sensations boasted a few listenable pieces, but Mistrial was another depressing nonsense.  It was not dreadful by any means, just dull, lazy, treading water stuff.

I think I, like many folks, had written the man off by this point, but then along came New York.  And where the hell did this come from?  14 great Rock’n’Roll songs with witty, incisive and contemporary lyrics.  OK, perhaps one or two of them verged upon the preachy side, but who cared?  Rarely had any rock musician’s angry barbs hit their targets so accurately or so articulately.  This really was the album us Velvets fans had been waiting for since Loaded.

Myself and an ex-work colleague DM travelled down to London to see Lou Reed on his New York tour in 1989.  I recall the tickets stating the concert would begin at “8pm sharp with no support”, so was surprised to note it was closer to quarter past when Lou came onstage.  It being the 4th of July, he reminded us that this particular date held a special place in the hearts of many Americans because <punch line alert> this was the date some baseball player for the New York Yankees hit so many home runs or some such.  Ha ha.

After counting in 1-2-3-4, as on the album, Reed and his band opened with a significantly raised tempo rendition of Romeo Had Juliet, followed by the whole of the rest of the first side of the New York album.  But when he flipped the disc over so to speak, he brought the stylus down not on Busload of Faith, but Xmas in February missing out four tracks (including my fave Sick of You).

I assumed this was due to his starting late, and not wanting to play beyond some predetermined finishing time, but I discovered this was a common trick during the tour.  After the (abbreviated) performance of New York there was a more classic set, beginning with Street Hassle followed by, rather bizarrely, the old Sinatra standard One for My Baby.

Rather more predictably there were renditions of Sweet Jane, Walk on the Wild Side, Doing The Things We Want To, Rock and Roll and Video Violence.  The band had just started an encore of Vicious when we both had to toddle off: a tube strike was in the offing, and the last train to Chesham was at the decidedly un-Rock’n’ Roll hour of 10PM.